Healthy Potato Salad, just like mom used to make but better for you! Perfect for potlucks or summer barbecues, and no would will guess it’s vegan. Oil free, vegan, gluten free and super creamy!

Make sure to also check out my Best Vegan Potato Salad as well! It’s new and improved with a ton of flavor and tofu hard boiled “eggs”! 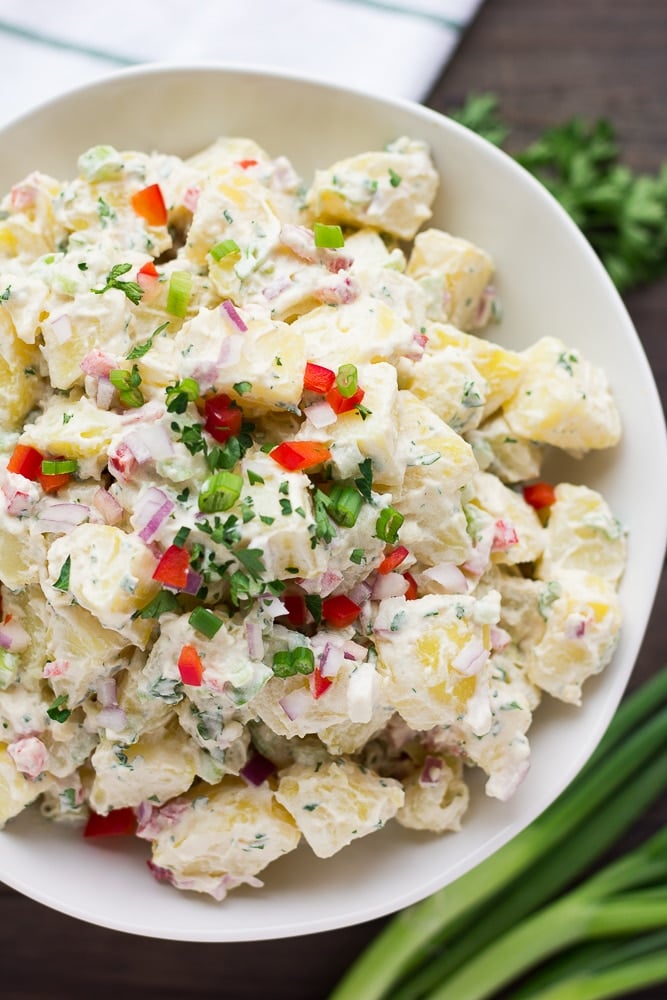 I have been making this vegan potato salad for at least 6 years now. I just sort of developed it according to my own tastes (long before this blog was in existence). I have brought it to countless barbecues and potlucks, and it never ceases to impress people! I’ve had several people tell me they don’t usually like potato salad but this one they love.

This Potato Salad will wow any crowd; it’s one of those dishes that no one will guess is vegan if you don’t tell them! It’s super creamy and has those classic flavors you’re used to, but without any of the animal products.

Another bonus: It’s oil free and made with good-for-you ingredients! 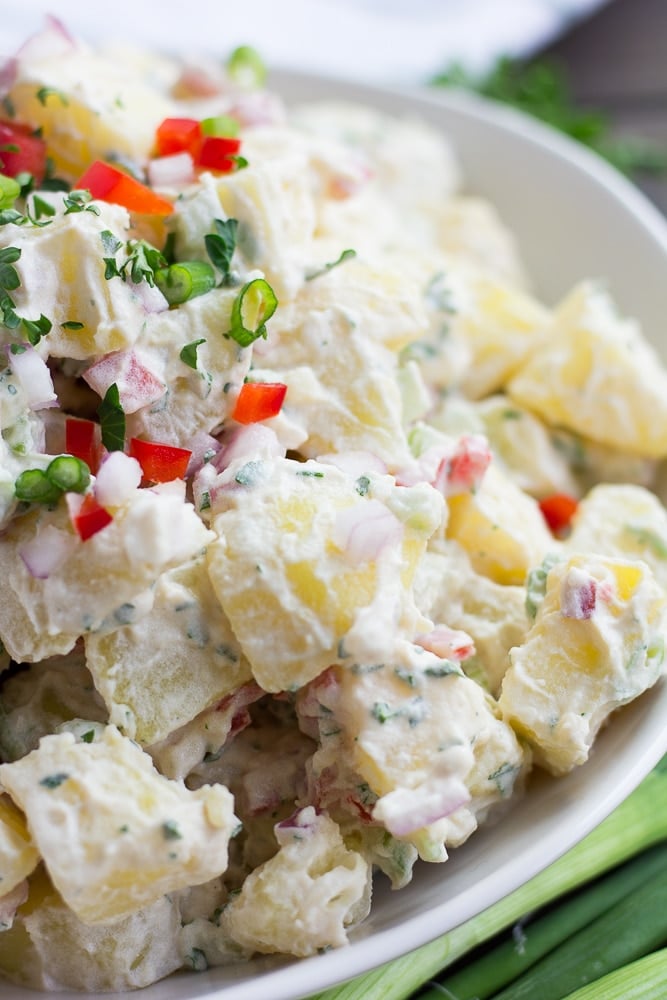 How do you make it?

Start by chopping all of your vegetables, including peeling and chopping the potatoes. It will be easier to have everything prepped and ready.

Next, make the Vegan Mayo following the instructions. 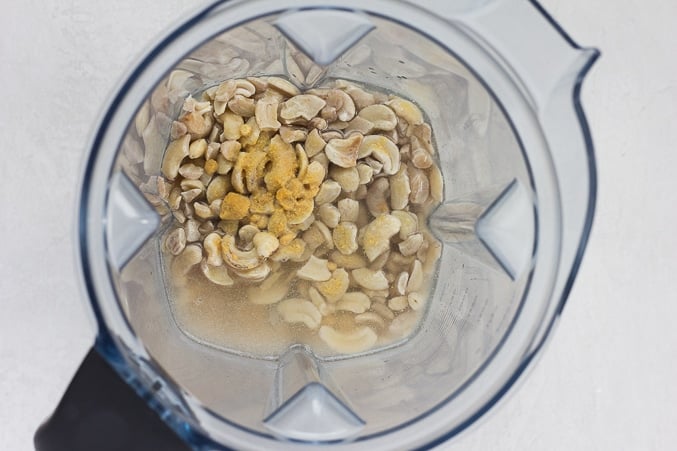 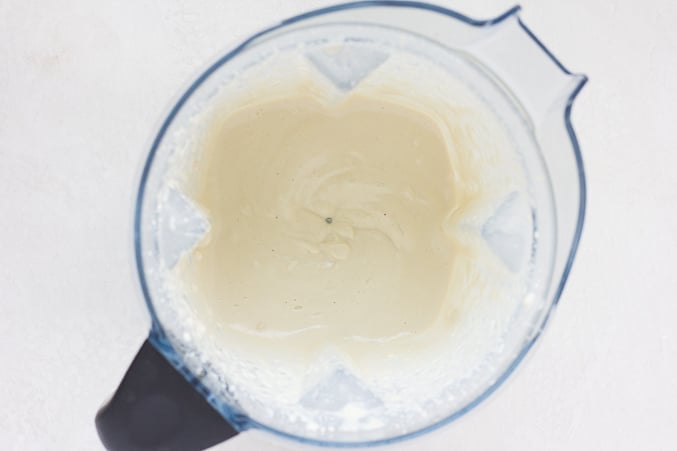 Now add the potatoes to a pot and cover with water. Bring to a boil and cook for 10-15 minutes, until fork tender. Drain in a colander. 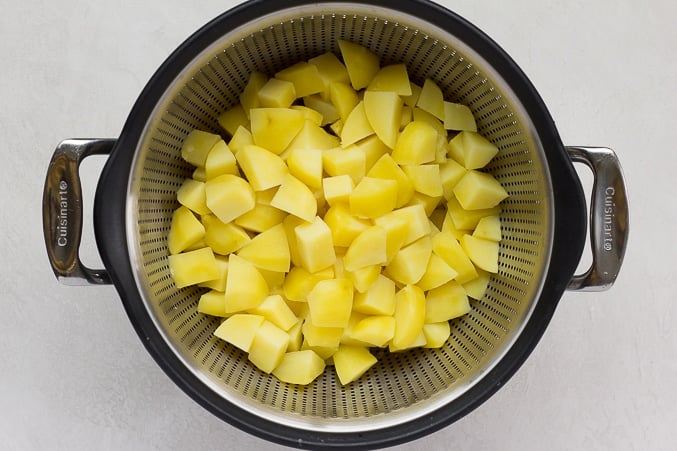 Now add the potatoes, all the vegetables and the cashew mayo to a very large bowl. Mix well with a large wooden spoon, and then refrigerate for a couple of hours so they flavors can mingle and it can get cold.

Feel free to switch up the vegetables to suit your personal tastes. If you hate red peppers, leave them out or add some shredded carrots instead. If you aren’t a huge “onion” fan, leave out the chopped red onions, they are totally optional. 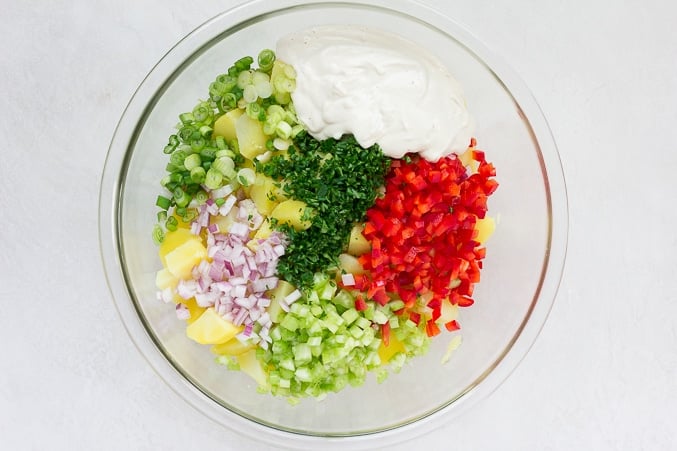 I hope you all LOVE this Healthy Potato Salad! It’s: 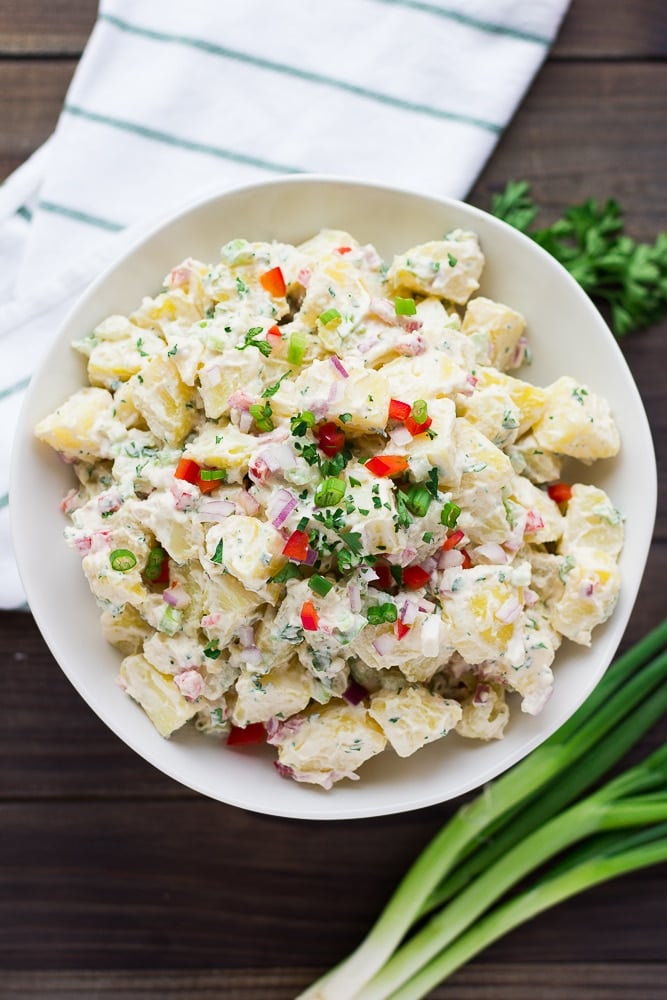 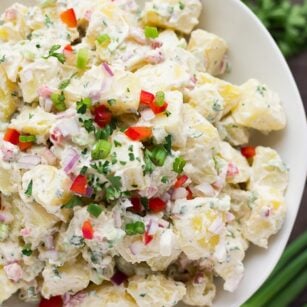 *This recipe was originally posted in March 2017. I updated it with new photos and writing March 11th, 2019. 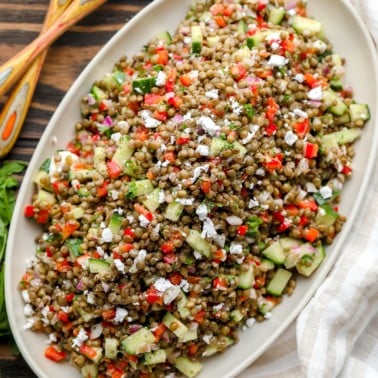 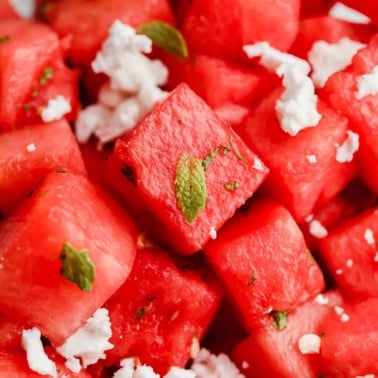 Watermelon Salad with Mint and Feta 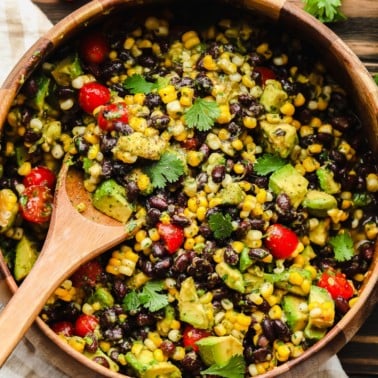 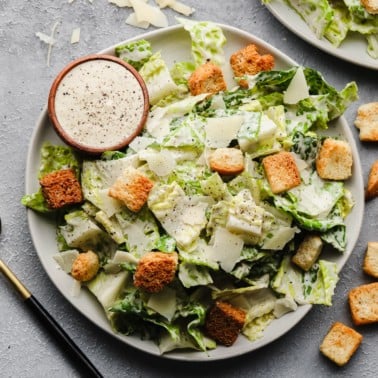