Light and airy Vegan Meringues are easy to make using just 4 ingredients! They are perfectly sweet, crisp and so pretty. No one will believe they’re egg free!

I could go on and on about how much I love and appreciate aquafaba. I’ve used this miracle bean juice to create delicious vegan whipped cream, Swiss meringue buttercream, vegan eclairs, and so much more. Who knew the water from a can of chickpeas could be the ultimate vegan ingredient?

There was only one recipe left to tackle to really test out the strength of aquafaba: Vegan Meringues! These fluffy and light cookies are so easy to make using just 4 ingredients. After whipping and baking the cookies, you’ll have a melt-in-your-mouth dessert to make all of your guests happy.

You’re going to love these vegan meringues kisses so much! They’re:

Meringue is traditionally made from whipped egg whites, cream of tartar, and sugar. It’s all whipped together to create a stiff, marshmallow-like mixture. After the meringue is baked, it firms up on the outside and stays fluffy and airy on the inside.

Vegan meringues are just as easy to make thanks to aquafaba! The water from a can of chickpeas (A.K.A. aquafaba) acts just like egg whites when whipped, making it a simple, plant-based replacement.

How to make vegan meringues

Add the aquafaba and cream of tartar to a large bowl. Use a hand mixer or stand mixer to beat the mixture until soft peaks form.

Spoon the meringue mixture into a piping bag. Pipe small circles of meringue cookies onto parchment lined baking sheets. Bake for 1 ½ to 2 hours.

The cookies are done when they’re no longer gooey in the middle and are crisp throughout. 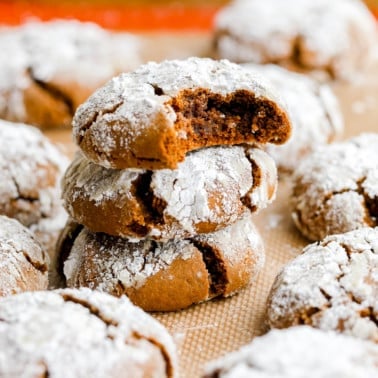 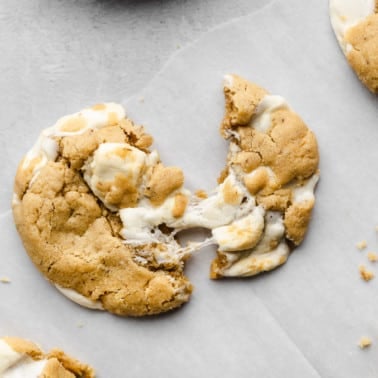 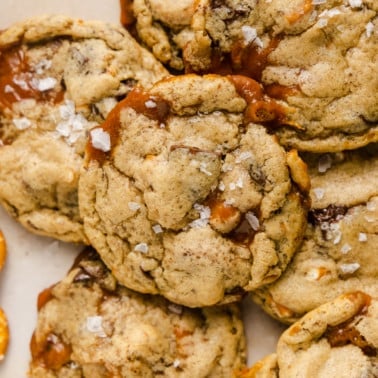 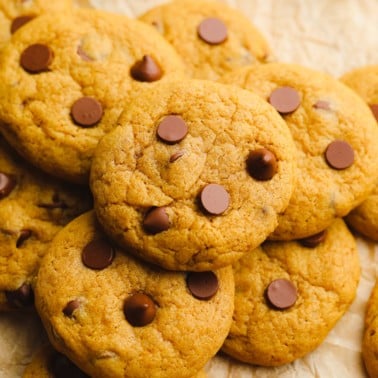