Classic Vegan Red Velvet Cupcakes are soft, moist and fluffy with a hint of cocoa. Made in 1 bowl, they are easy to whip up any day of the week! 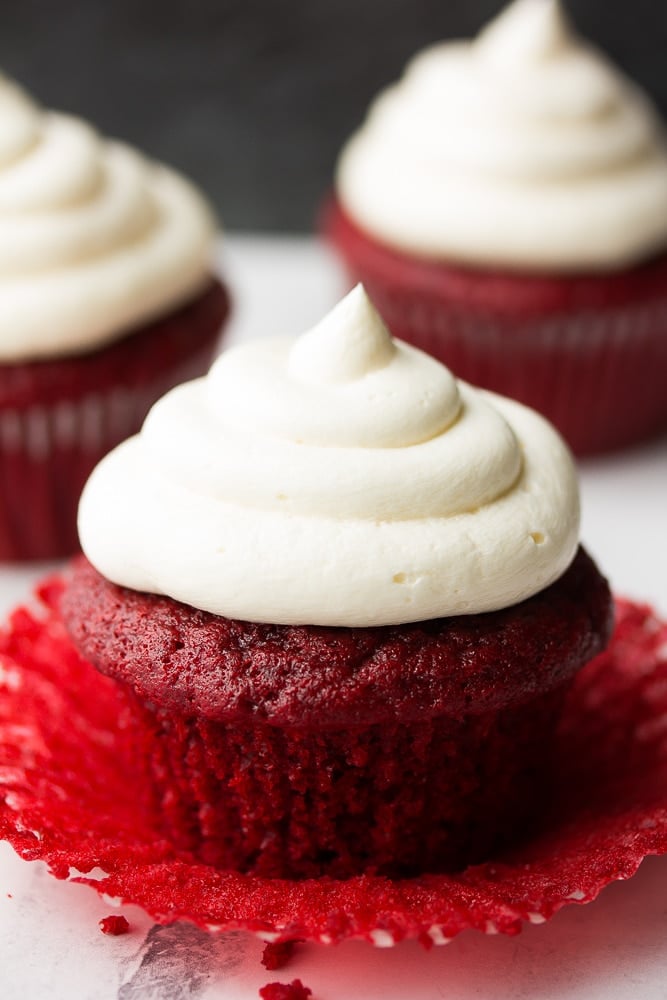 Vegan Red Velvet Cupcakes are inspired by a cupcake shop my family and I used to frequent years ago called Sprinkles. We lived in Phoenix, Arizona for about a year when the twins were little, and while I didn’t care for the heat or the scorpions, the vegan scene in Phoenix was pretty great!

Sprinkles had one vegan cupcake back then (haven’t been to one in ages so I don’t know what it’s like now), and it was red velvet. I remember it being so soft and fluffy, with the best frosting.

These cupcakes remind me so much of the ones I used to love so much. If you want to make a cake instead, check out my Vegan Red Velvet Cake. 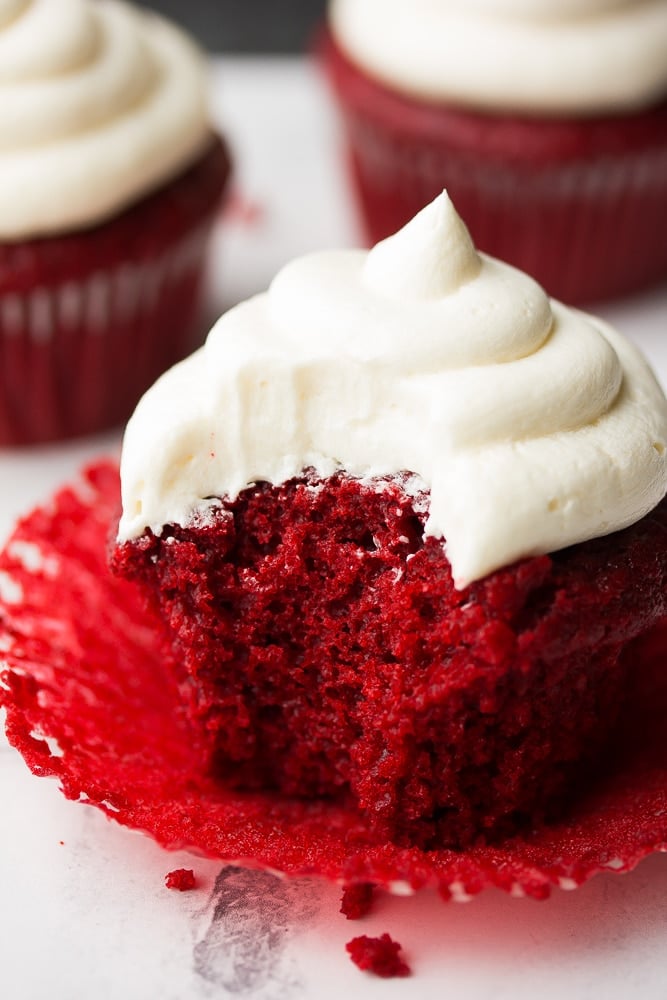 Step by step photos of how to make red velvet cupcakes 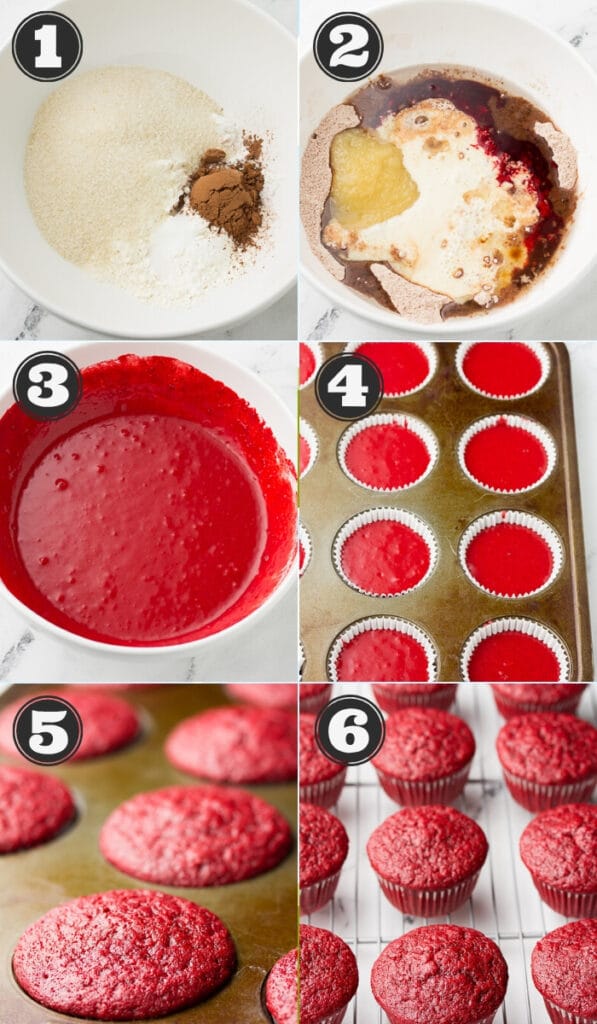 It’s a lot sturdier than my Vegan Cream Cheese Frosting, and doesn’t require finding vegan cream cheese. But if you want to go a more traditional route, feel free to make the cream cheese frosting instead. Either is great! 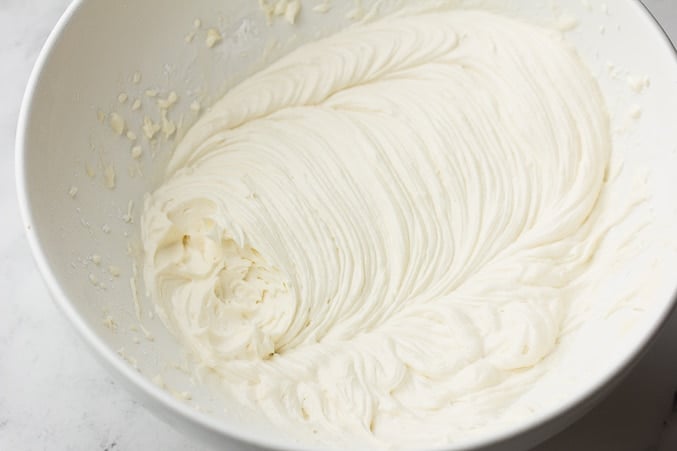 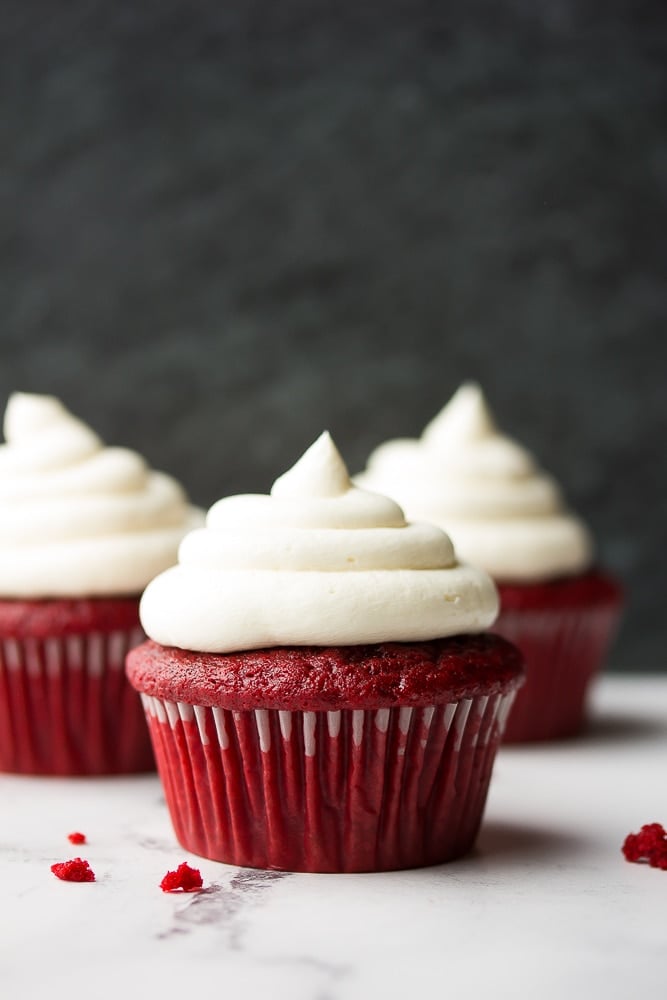 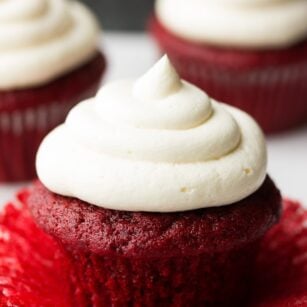 Classic Vegan Red Velvet Cupcakes are soft, moist and fluffy with a hint of cocoa. Made in 1 bowl, they are easy to whip up any day of the week!
Prep: 10 mins
Cook: 25 mins
Total: 35 mins
Servings: 14 cupcakes
Print Pin Comment SaveSaved 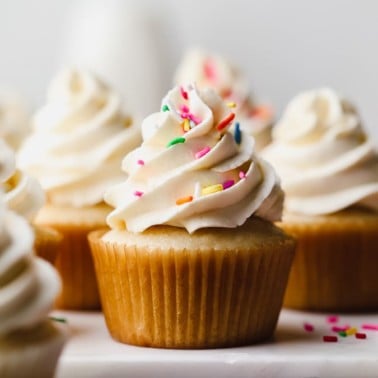 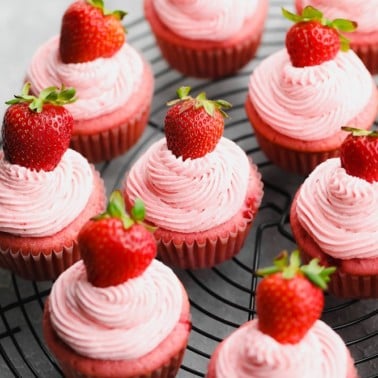 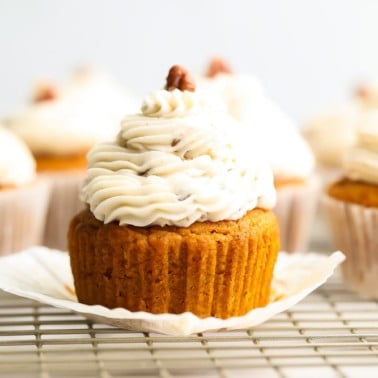 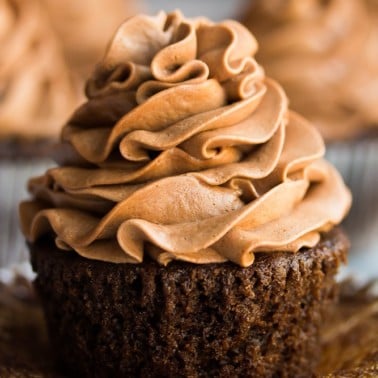