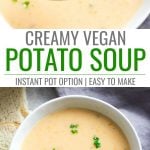 A simple but delicious vegan potato soup recipe that can be made in the Instant Pot or on the stovetop. So creamy, comforting and easy to make! 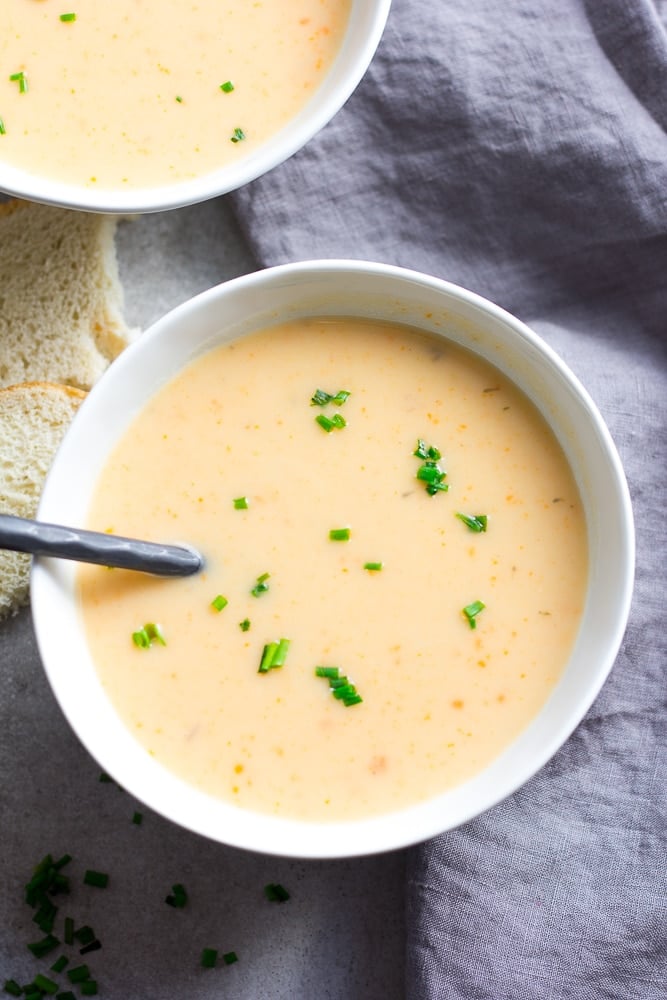 It’s been a rough couple of weeks at our house. My husband, Alan, had to have his wisdom teeth pulled, and it has been a much harder recovery than we originally thought it would be. Two weeks have passed, and he still can’t chew food. Apparently it’s been more difficult because he’s in his 30’s, and not 17 years old, so says the surgeon!

I have been making every pureed, liquid, soft vegan food I can think of since then! Unfortunately, the ideas for a soft or liquid diet mostly revolve around dairy, such as yogurt, pudding, etc. Well I have veganized the liquid/smooth diet so if you need ideas, ask me! 🙂 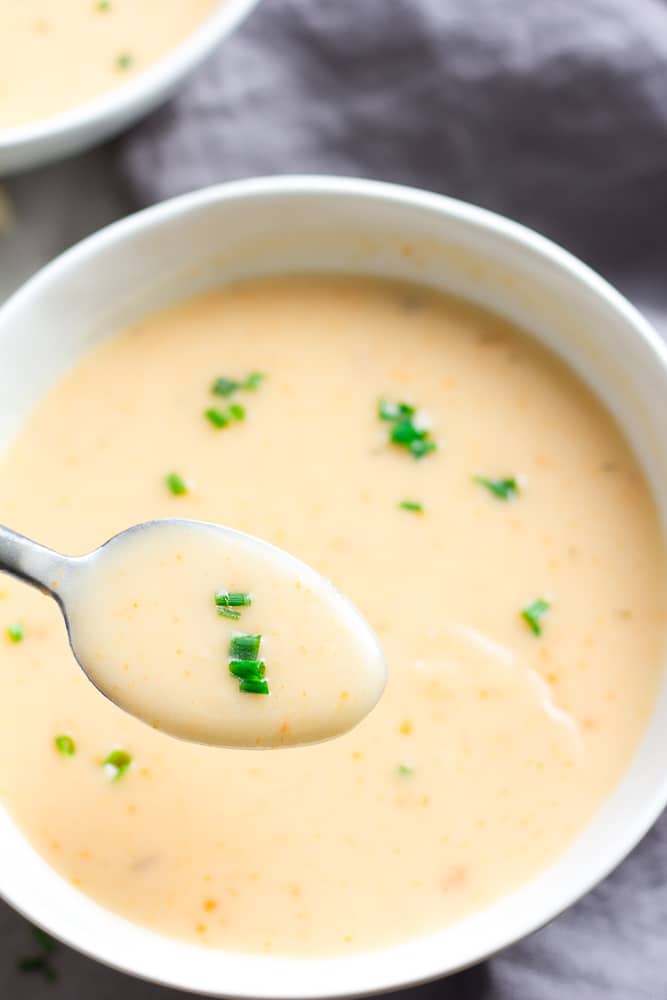 In my quest for making delicious, creamy food to give Alan some variety and calories, this Easy Vegan Potato Soup was born! I hadn’t originally planned on posting it, but it turned out so incredibly good and SO easy in the Instant Pot, I knew I had to share it. (Don’t worry, there are instructions for if you don’t have an Instant Pot.)

This vegan potato soup is: 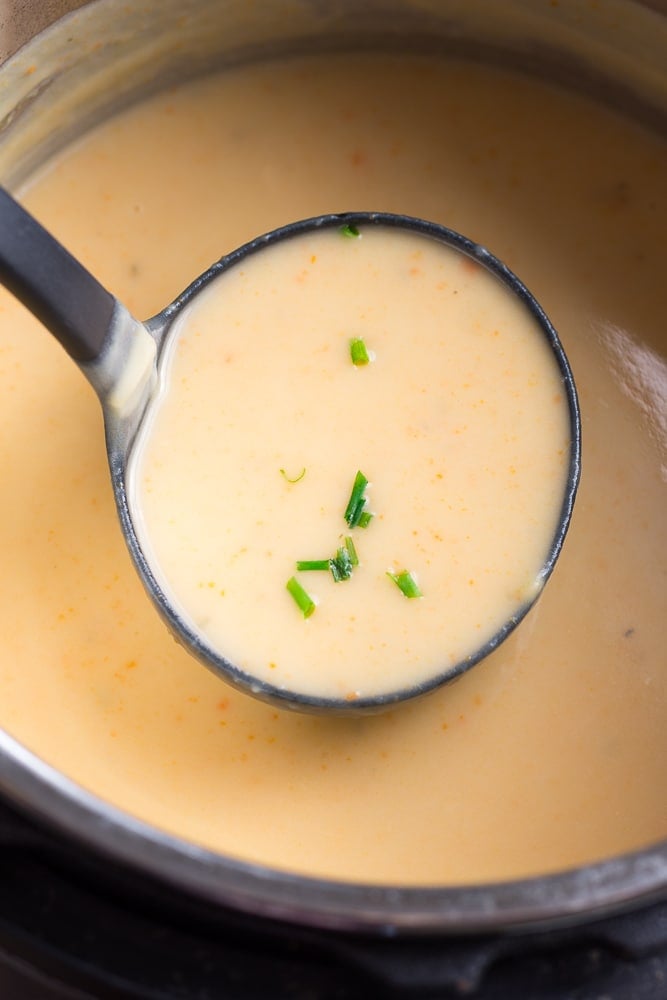 I’ve included instructions for both! I love my Instant Pot, but you don’t need one to make this recipe. The big difference will be the time it takes until you’re eating! Instant Pot version is done in 9 minutes, whereas you’ll have to cook it for 20-25 minutes on the stovetop. Both pretty fast!

What makes this vegan potato soup so creamy?

The secret to this soup’s awesome creaminess is a can of full fat coconut milk! Trust me, coconut haters, you can’t taste the coconut at all.

I add the whole can, but you could just add a little, or half the can until the soup is as creamy as you like! It’s very customizable. 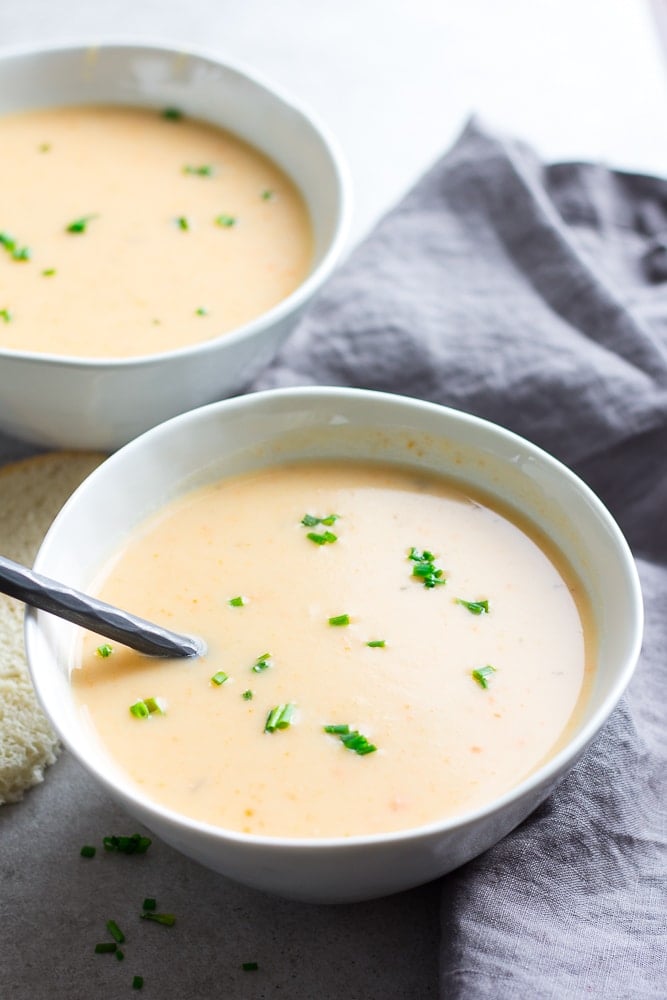 Want more comforting vegan soup recipes? Try one of these: 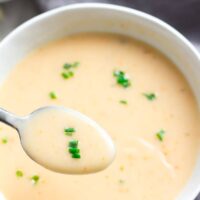 Without an Instant Pot: