Easy vegan naan- soft, fluffy flatbread perfect for serving alongside Indian inspired dishes or even using as a wrap or pizza crust. Only 7 ingredients and easy to make! 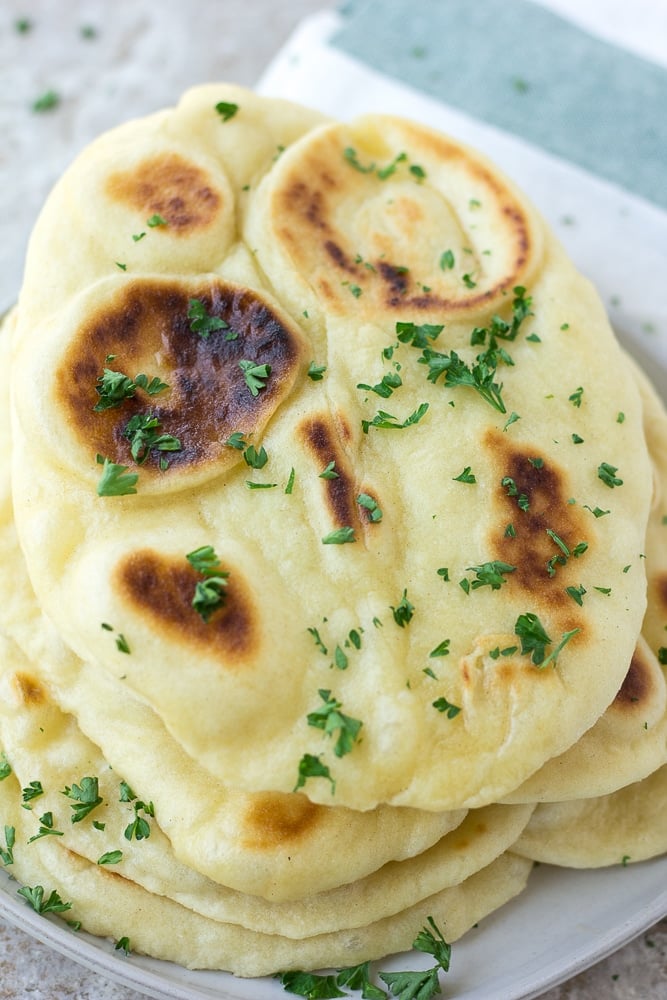 Last week I made Vegetable Korma for dinner, and I thought it would be fun to have naan to go with it. Have you ever tried to buy naan at a store? For the life of me, I couldn’t find a brand that didn’t have eggs, milk or both of those in it! So what did I do? I decided to make my own, a vegan version, and wow am I glad I did!

Naan is basically an Indian style flatbread, that is soft, pillowy with beautiful bubbles from cooking it on the stovetop. There is yeast involved, but it’s quite failproof, unlike making a loaf of bread which is a bit harder to get right.

How do you make homemade naan? 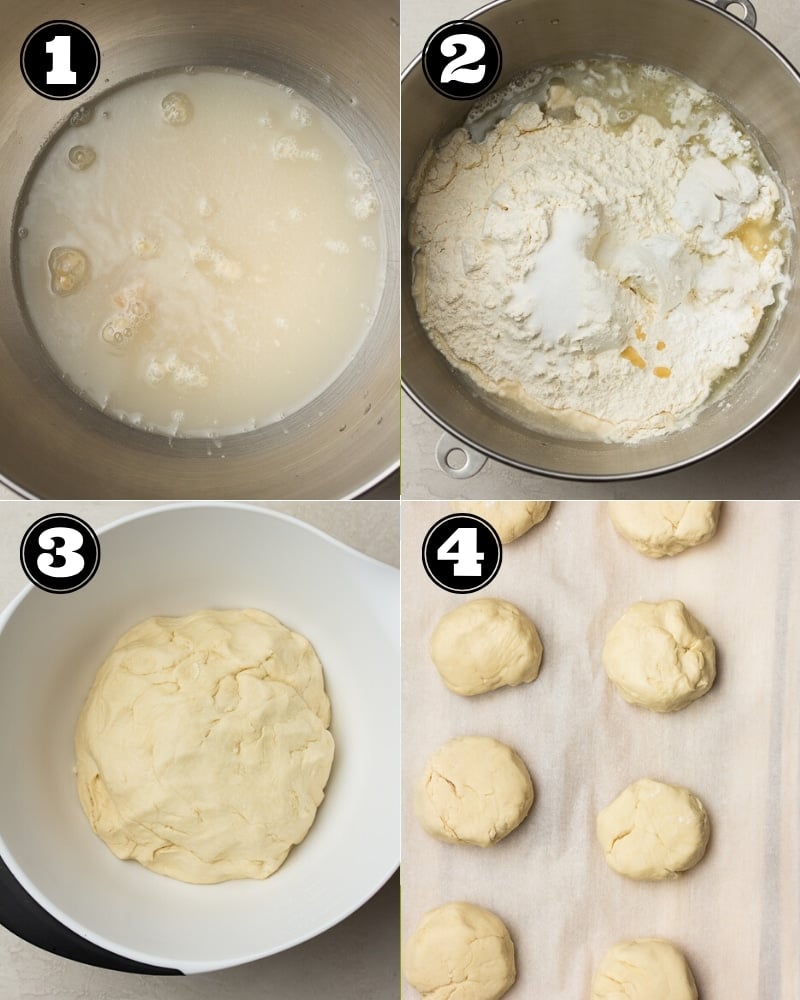 Roll each piece of dough into an oval or circle, using a rolling pin on a lightly floured surface. 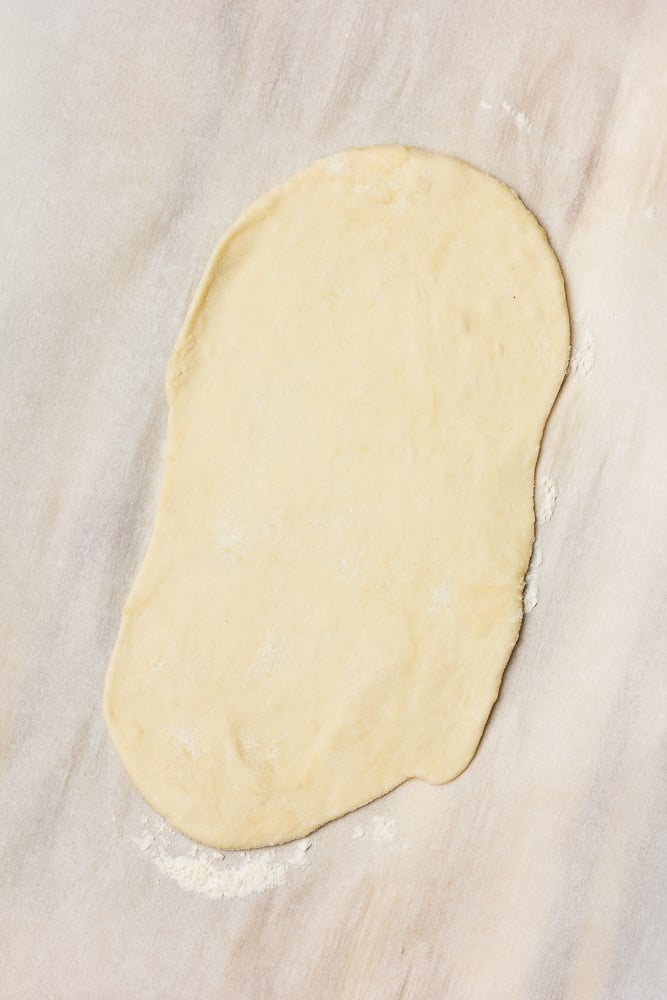 In a large pan (cast iron preferred) over medium-high heat, place the flattened dough. This is kind of like cooking pancakes, and you don’t need to oil your pan. Once bubbles appear, flip it over and cook for another minute or two. Repeat with the remaining dough.

You can also brush them with melted vegan butter once they are cooked.

Don’t have coconut cream? No problem! You can simply leave it out, or use unsweetened non-dairy yogurt instead. I have made it without and it was fine. It’s just a bit fluffier and richer with it. 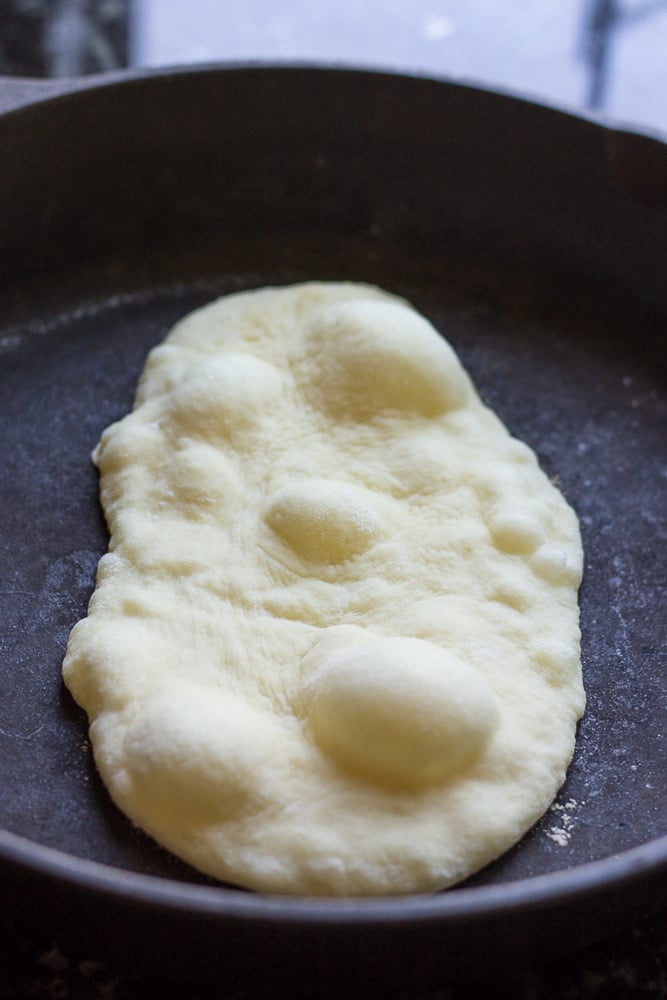 What goes well with naan?

You can also use it for wraps, filling it with Falafel, Chickpea Tuna or hummus and vegetables. 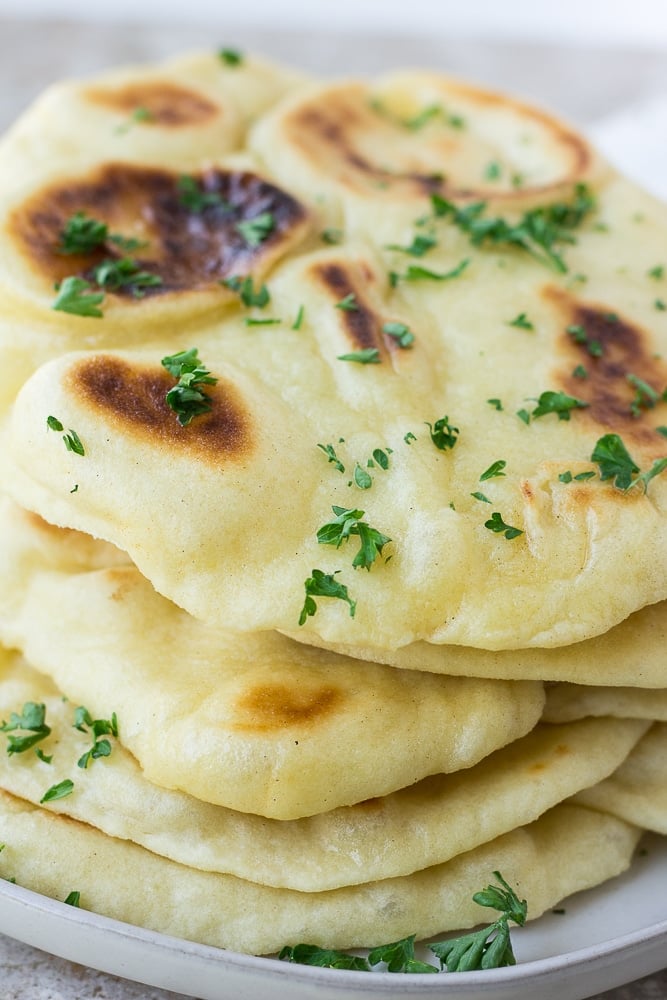 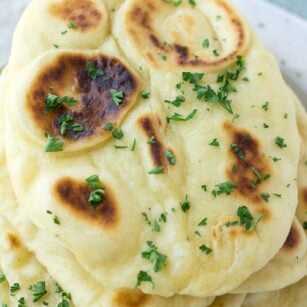 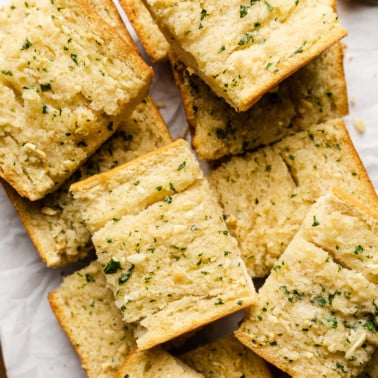 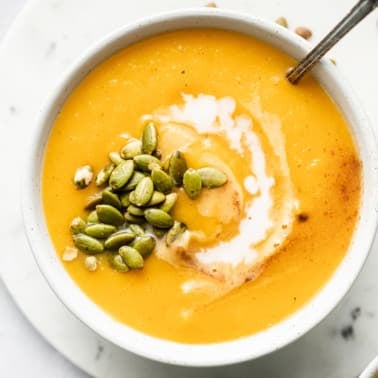 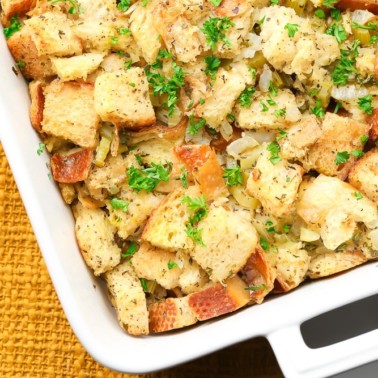 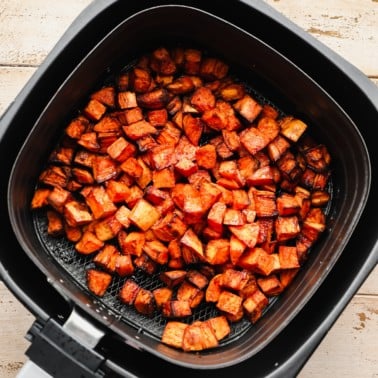