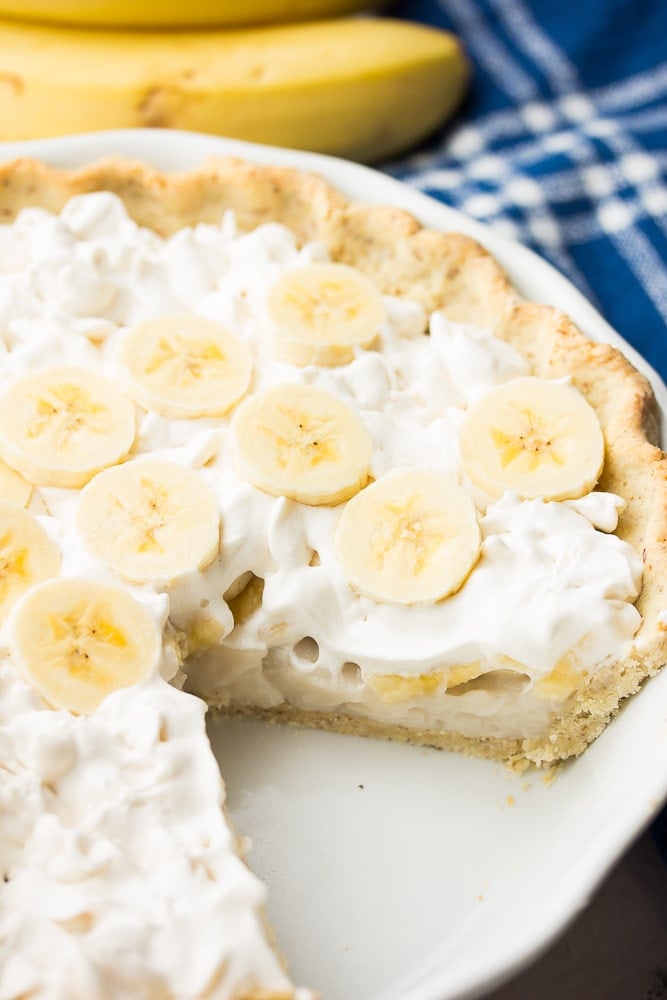 Vegan Banana Cream Pie is easier to make than you might think, and it’s the kind of dessert that even banana haters will come to love. There are 4 main components: the crust, the custard filling, plenty of fresh sliced bananas, and loads of fluffy whipped topping.

Vegan custard is not too difficult to make. I used a can of full fat coconut milk, cornstarch, sugar, vanilla and a touch of coconut oil to help it set. 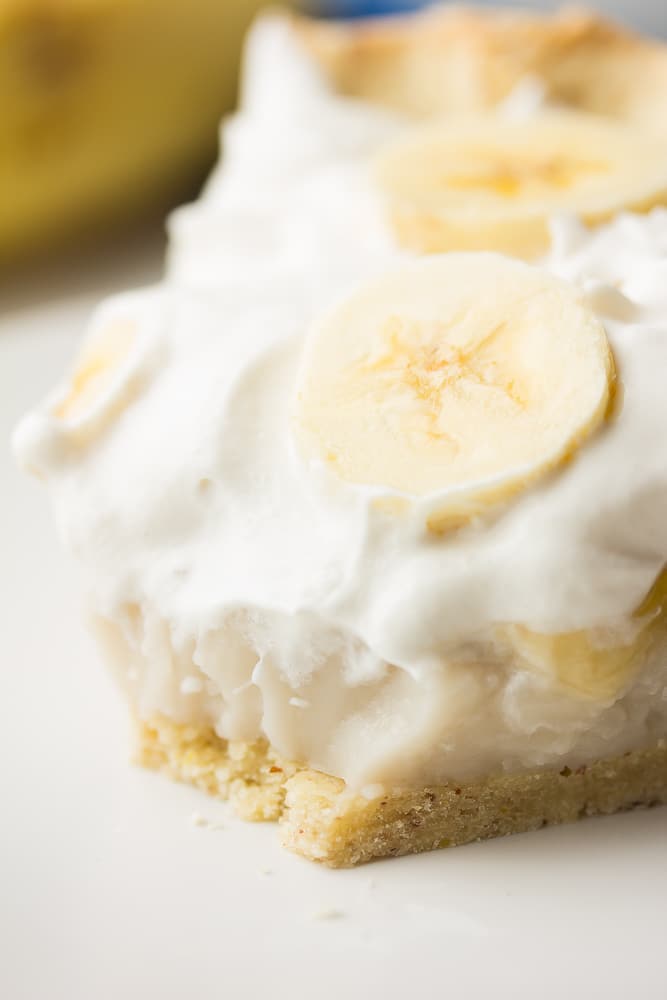 Get the crust ready: Make this recipe super easy by purchasing a store bought cookie crust. I used my Healthy Vegan Pie Crust (which is also gluten free). I love the taste of it plus it is so easy to pre-bake as it doesn’t ever sink down, not even a little! Or use my Easy Vegan Pie Crust and pre-bake it using pie weights <—these are the ones I have, you do need two packages for one pie crust.

Make the custard: Mix the cornstarch with a little coconut milk in a bowl, then pour the rest of the milk and sugar into a small pot. Bring to a gentle simmer, then add the cornstarch/milk mixture and whisk until thickened somewhat. Remove from heat and stir in the vanilla and coconut oil.

Can’t have coconut? It is possible to use another non-dairy milk, such as soy, almond or oat milk in place of the can of coconut milk. Use 1 1/2 cups. The custard won’t be quite as thick, but it will work. You can also omit the coconut oil if needed.

Pour the custard into the crust, it will still be kind of runny, but will thicken up as it cools. 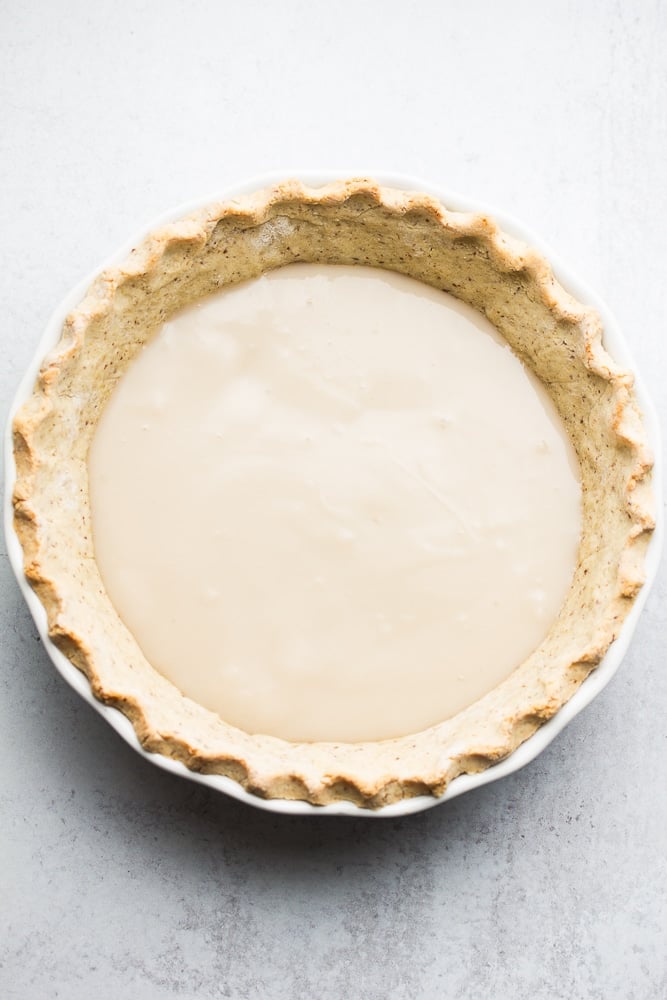 Cover the pie with plastic wrap and place in the refrigerator to cool for 2-4 hours or even overnight. Once cooled, sliced the bananas and layer most of them on top of the custard, saving some for decorating the top of the pie. 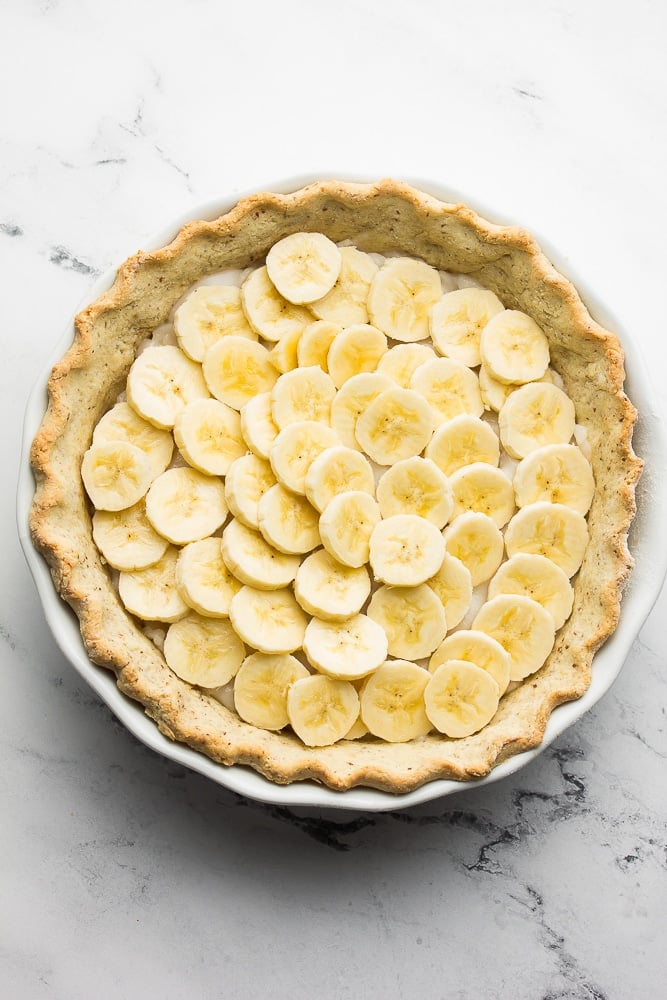 Cover the pie with vegan whipped topping, and decorate with more sliced bananas.

I used So Delicious Coco Whip which I personally love. You can use another store bought vegan whipped topping, or make my Vegan Whipped Cream (using aquafaba) or Coconut Whipped Cream. 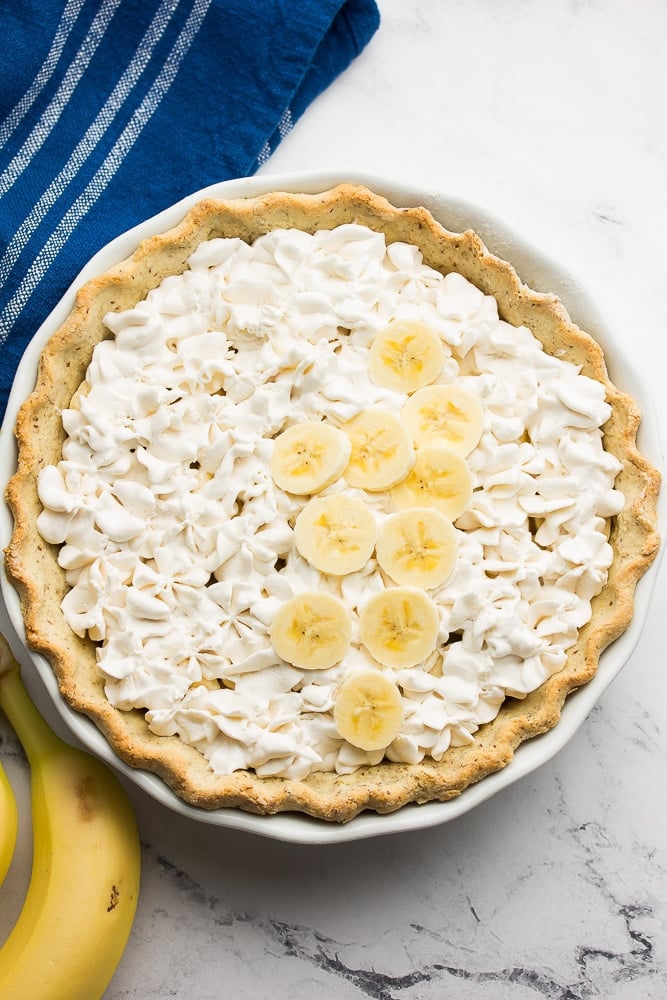 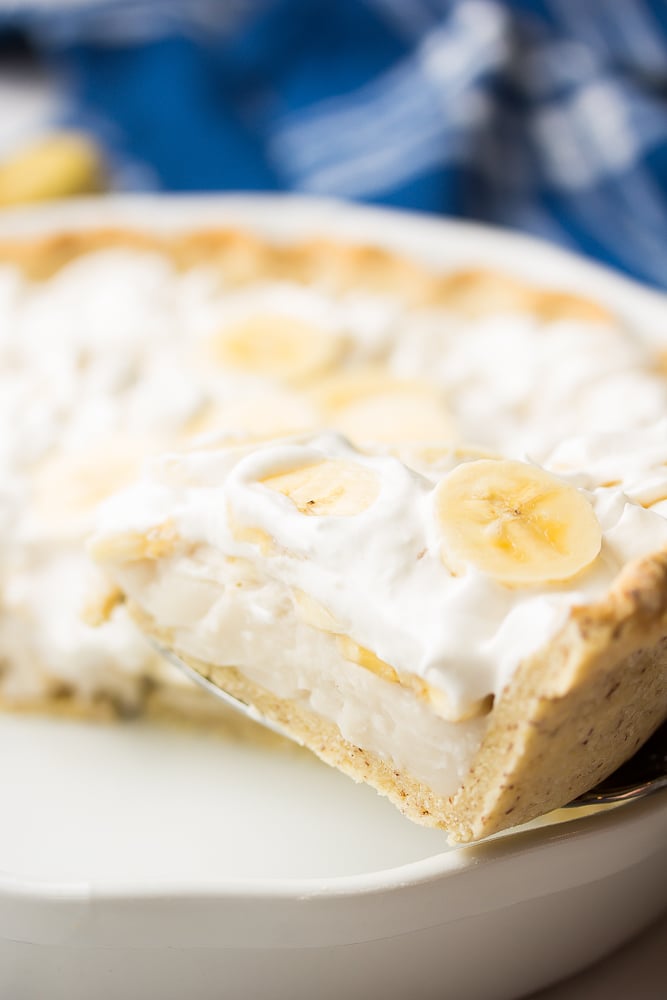 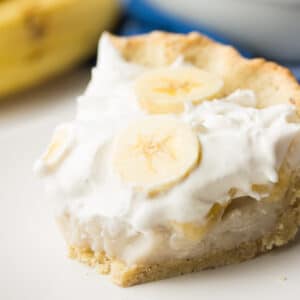 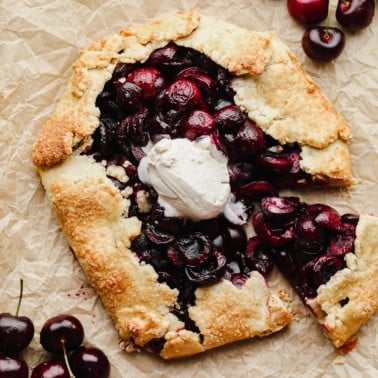 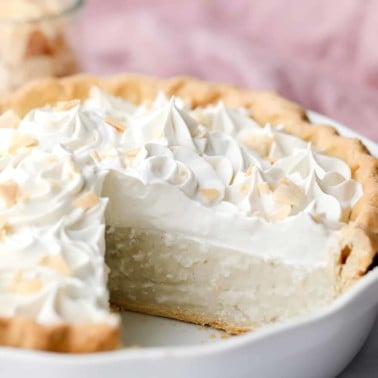 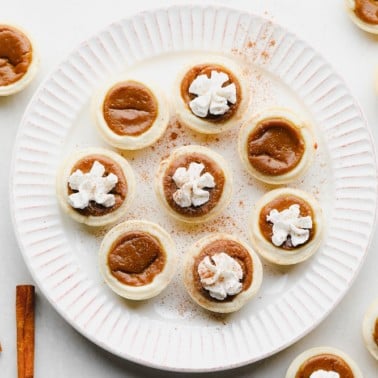 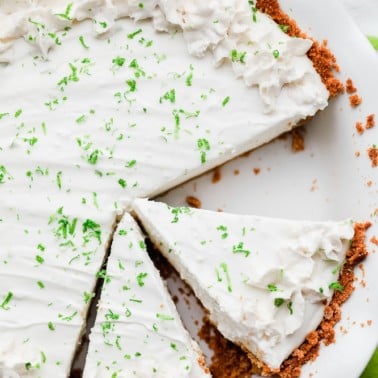